Established in 1947, the Institute of Electrodynamics of the National Academy of Sciences of Ukraine is a leading institution of the Department of physical and technical problems of power engineering of the NAS of Ukraine. 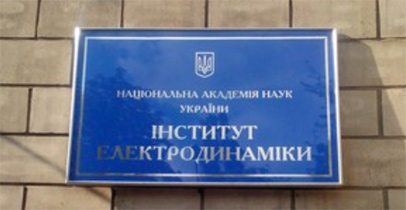 The 11 scientific departments of the Institute has 44 Doctors of Sciences, including 4 Academicians and 6 Corresponding Members of the NAS of Ukraine, 75 Candidates of Sciences, as well as highly qualified engineering and technical personnel. 58 research staff members of the Institute are laureates of the State Prizes in the field of science and technology, 39 - laureates of the prizes of the NAS of Ukraine named after V.M. Khrushchov, S.O. Lebedev and G.F. Proskura. 15 scientists were awarded the prize of the President of Ukraine, the Verkhovna Rada and the NAS of Ukraine for young scientists.

The high level of the Institute's works is proved by more than 2,600 author’s certificates and patents, including the foreign ones.

details
Innovation proposals
This section offers ready-to-implement scientific and technical developments, created on the basis of fundamental and applied research of scientists of the institute. Most of these proposals are successfully used in energy, industry, transport, research institutions in Ukraine and abroad.