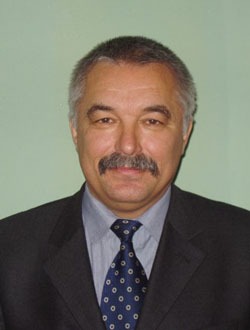 Director of the Institute of Electrodynamics of NAS of Ukraine (since 2007 until now).

Author of over 300 publications, including 14 monographs.

O.V. Kyrylenko is a recognized specialist in the field of power engineering in Ukraine and abroad. He is known for his work on how to improve the reliability and performance efficiency of power facilities and systems, on the development of the methods of electrical networks and power facilities modeling. His thorough research of the operation processes of electric power systems has ensured the development of the theory of system creation to control such processes, allowed to propose the principles and methods of the development of integrated management information systems and their components and to establish the appropriate hardware and software.

O.V. Kyrylenko successfully combines scientific activities with scientific and organizational, educational and social activities. Since April 2015 he holds the position of academician-secretary of the Department of Physical and Technical Problems of Power Engineering of NAS of Ukraine. O.V. Kyrylenko is also a chairman of the technical committee of standardization “Management of energy systems and related to it processes of information interaction” (TK 162). He is a head of the advisory committee of electrical engineering and power engineering of Supreme Certifying Commission (VAK) of Ukraine, a head of program committees of professional scientific conferences, and a head of editorial board of “Proceedings of the Institute of Electrodynamics of NAS of Ukraine “. In addition, O.V. Kyrylenko is a member of editorial boards of a number of professional periodicals.