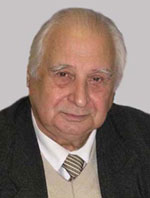 Winner of the State prize of Ukraine in the field of sciences and technology, the prizes of NAS of Ukraine named after S.O. Lebedev and named after V.M. Khrushchev.

Honoured worker of sciences and technology of Ukraine, Honoured  power engineer of Ukraine.

Author of over 500 scientific works, including 25 monographs, over 100 inventions and patents.

The main scientific works of A.K. Shydlovsky are devoted to the development of the theory of multiphase electrical circuits, investigation of the processes of transformation and stabilization of electromagnetic energy parameters, creation of multifunctional devices to optimize the modes of power supply systems. He is the author of the general theory of compensation devices of voltages and currents phase sequences in multiphase circuits in relation to the stabilization problem of energy parameters in electrical systems with asymmetric and non-linear elements.