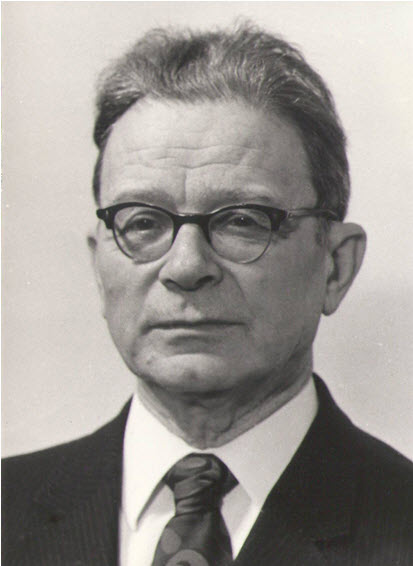 corresponding member of AS of Ukrainian SSR

A well-known scientist in the field of electric engineering.  Doctor of engineering sciences (1954), professor (1962), corresponding member of AS of Ukrainian SSR (1964).

Director of the Institute of Electrodynamics of AS of Ukrainian SSR in 1959 – 1973.

Honoured worker of sciences of Ukrainian SSR, winner of the prize of AS of Ukraine named after G.F. Proskura.

An author of over 200 scientific works, including 6 monographs, 73 author’s certificates.

The major works of the scientist are in the field of the theory of complex electrical circuits and electrodynamic systems, research methods of electromagnetic processes. Under his leadership there were electrical machines created for automatic control of the objects in space, new schemes of energy transformation, developed stabilizers, inverters and frequency converters with high power characteristics.